Alle uthevinger i teksten er mine.

- This film is a historical recounting. The fact that in October of 1917, on the sixth and final apparition, there were 70,000 people in that grotto from far and wide and the miracle was witnessed and the word was spread, is pretty incredible at a time when there was no social media or nightly news. We created a character who meets with Lucia when she is old and in a cloister in Portugal. The character is a professor writing a book in which he questions “seers” and they distort what they claim to see. The professor is played by Harvey Keitel and he asks all the questions that a non-Catholic viewer would ask.

Steven Greydanus i National Catholic Register, sier om filmen: “A fact-based film that succeeds in being both artful and reverent is a rare thing. The 13th Day succeeds.”

FACT: Over 70,000 witnesses watched the sun spinning in the sky before plummeting towards the earth, in an extraordinary prophesised event, which became known as ‘The Miracle of the Sun’.

In a world torn apart by persecution, war and oppression, 3 children were chosen to offer a message of hope to the world.

Based on the memoirs of the oldest Seer, Lucia Santos, and many thousands of independent eye-witness accounts, The 13th Day dramatizes the true story of three young shepherds who experienced six interactive apparitions with a “Lady from Heaven” between May and October 1917, which culminated into the final prophesized Miracle.

Abducted from their homes, thrown into prison and interrogated under the threat of death in the government’s attempt to silence them, the children remained true to their story.

The lady, who later revealed herself to be the Blessed Mary, gave a secret to the children told in three parts, from a harrowing vision of hell, to prophetic warnings of future events including the advent and timing of the Second World War, the spread of communism, and the assassination of the Pope.

All three Seers have since died. Two of them have been beatified.

Stylistically beautiful and technically innovative, writer-directors Ian & Dominic Higgins use state-of-the-art digital effects to create stunning images of the visions and the final miracle that have never before been fully realized on screen.

Shot on location in Portugal and in the UK, 13th Day Films worked with a cast of over 250 to re-create the scenes of the 70,000 strong crowds, and 3 Portuguese children play the iconic roles of the Seers.

Witness the greatest miracle of the 20th Century, and experience the incredible, emotionally-charged and often harrowing world of three young children whose choice to remain loyal to their beliefs, even in the face of death, would inspire thousands. 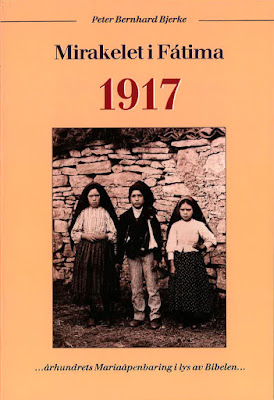 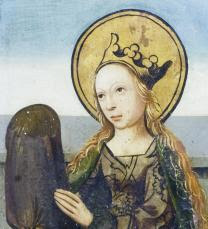